Our research focuses on the neural connections between the medial prefrontal cortex (mPFC) and the amygdala, and sex differences in how this circuit processes fear and responds to stress. The mPFC and amygdala are frequently reported to be sites of dysfunction in stress-related mental illnesses like Major Depressive Disorder (MDD) and Post-Traumatic Stress Disorder (PTSD), the symptoms of which may be a result of abnormal cross-talk between the two regions. Since women are twice as likely as men to develop these disorders, relevant research in female animals is particularly important.

In the lab, we combine classic neuroanatomy techniques with state-of-the-art confocal microscopy to reconstruct neurons in 3D. By correlating structural information with behavioral measures, we can identify potential markers of vulnerability and resilience. In addition, we use behavioral pharmacology and immunofluorescence to probe interactions between ovarian hormones and neurotransmitter systems. Specifically, we are interested in estrogen’s ability to modulate dopamine actions in the mPFC, and how this can affect memory for a traumatic event.

Stress-related mental illnesses like Post-Traumatic Stress Disorder (PTSD) and Major Depressive Disorder (MDD) are twice as common in women, but relevant pre-clinical research on the mechanisms of stress and fear has primarily been conducted in male animals. Our work explores the relationships between neural structure and function when both males and females experience aversive events, using behavioral and neuroanatomical techniques to identify sex-specific mechanisms of stress-induced plasticity.

Our work explores the relationships between neural structure and function when both males and females experience aversive events, using behavioral and neuroanatomical techniques to identify sex-specific mechanisms of stress-induced plasticity.

Rebecca Shansky in the news August 30, 2021
How the dark shadow of the Covid-19 pandemic is changing our brains.
Rebecca Shansky's research finds that stress during Covid-19 can change the way the human brain works.
Read More November 30, 2020
Faculty Research Talks: Sex Differences in Fearful Behavior with Rebecca Shansky
Hear from Hazel Sive, Dean of the College of Science, and Peter Bex, Chair of the Psychology Department, introduced Professor Shansky to speak about her revolutionary research in how sex affects brain structure and function.
Read More July 26, 2019
Do Hormones Affect a Woman’s Ability to Recover from PTSD?
Rebecca Shansky is studying how levels of estriadol, an estrogen hormone, affect the treatment of women with PTSD.
Read More 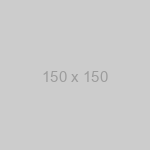 July 25, 2019
Of Mice and Women
Victorian-era stereotypes that were originally used to keep women out of leadership positions are still with us today, says Rebecca Shansky, an associate professor of psychology at Northeastern. And they're interfering with scientific research.
Read More October 3, 2017
New NIH-funded study on stress-related behaviors has applications to PTSD
Through a new project funded by the NIH, Assistant Professor Rebecca Shansky and University of Calgary colleague Dr. Matthew Hill will be studying the neural mechanisms that underlie sex differences in the way the brain responds to stress.
Read More

August 15, 2017
Northeastern neuroscientist joins Dalai Lama to explore spirituality and science
Stress and fear have far-reaching effects that start in the brain and permeate an individual’s life in lasting ways. Together with the Dalai Lama and other experts, Northeastern neuroscientist Rebecca Shansky is confronting trauma head-on in an effort to help communities in Africa heal from conflict.
Read More August 2, 2017
Northeastern Psychology Professor to meet with the Dalai Lama to share her research
Northeastern Psychology Professor Rebecca Shansky will head to Gaborone, Botswana this August to partake in the Dialogue with the Dalai Lama, hosted by the Mind and Life Institute. She will share her research on the brain's response to stress and trauma on stage with other neuroscientists, activists, and scholars.
Read More

January 4, 2017
Professor’s seminar on scientific literature paves the road to creative thinking
In Rebecca Shansky’s course on biological psychology, students learn how to critically analyze academic papers while they simultaneously gain a solid footing in the literature, exploring the ways animal research contributes to our understanding of psychiatric disorders.
Read More

January 28, 2016
Researchers’ preclinical trial upends conventional wisdom about responses to fear
For more than a century scientists have recognized “freezing” as the natural fear response. But in a new study, Northeastern assistant professor of psychology Rebecca Shansky found that female rats often respond to fear by “darting.” The find­ings not only raise ques­tions about the veracity of pre­vious studies that rely on freezing to indi­cate fear, but could also lead to better treat­ments for post-​​traumatic stress dis­order.
Read More November 3, 2014
What lights their fire
Four professors in the College of Science explain what drives their passion for science and discovery.
Read More

May 29, 2014
3Qs: Gender balance in biomedical research
A new policy from the National Institutes of Health will require all biomedical research funded by the NIH to be gender balanced. Rebecca Shanksy, an assistant professor of psychology whose research is focused in this space, discusses the implications of the decision.
Read More May 29, 2013
Sex differences and stress
Assistant Professor Rebecca Shansky talks about her work in the Behavioral Neuroscience division of the Psychology Department at Northeastern University.
Read More
Load More