In modern condensed matter theory, the study of strongly correlated systems occupies the foremost area of research.
This is motivated by the rich and exotic physics that emerges when the interactions in a quantum system are strong. When interactions behave non-pertubatively, they give rise some complex and intriguing phenomena, such as the Kondo effect, spin-charge separation, charge fractionalization, and fractional quantum statistics.

Studying solid state systems can be extremely challenging, both theoretical and experimentally, with macroscopic number of degrees of freedom, disorder, unknown interactions… Moreover, all of these phenomena occur under very extreme conditions, such as extremely low temperatures, high pressure, and/or high magnetic fields. It is in these regimes where the quantum nature of matter dominates its behavior.

In highly correlated problems, analytical techniques are difficult to control and many times lead to misleading results. For this reason, and motivated by the rich physics emerging from strong interactions, the past decades have seen an explosion of activity around computational condensed matter, and numerical methods have experienced a remarkable evolution, shedding light on long-standing problems, and usually providing answers to the most difficult questions.

In broad terms some the research topics being studied in Prof. Feiguin’s group are: 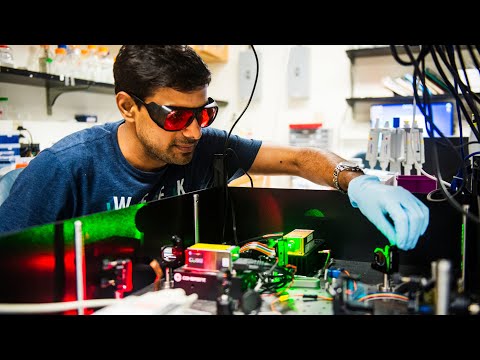 Adrian Feiguin in the news September 13, 2021
Using this billion-dollar laser, physicists hope to probe the quantum world for new discoveries
Say you’re an aspiring physicist, probing the quantum world to gain insight into the fundamental nature of reality. There are two ways to go about your scientific odyssey, but both involve very expensive machinery. One way is to smash a bunch of atoms together, revealing their subatomic guts; another is to toss them under a […]
Read More