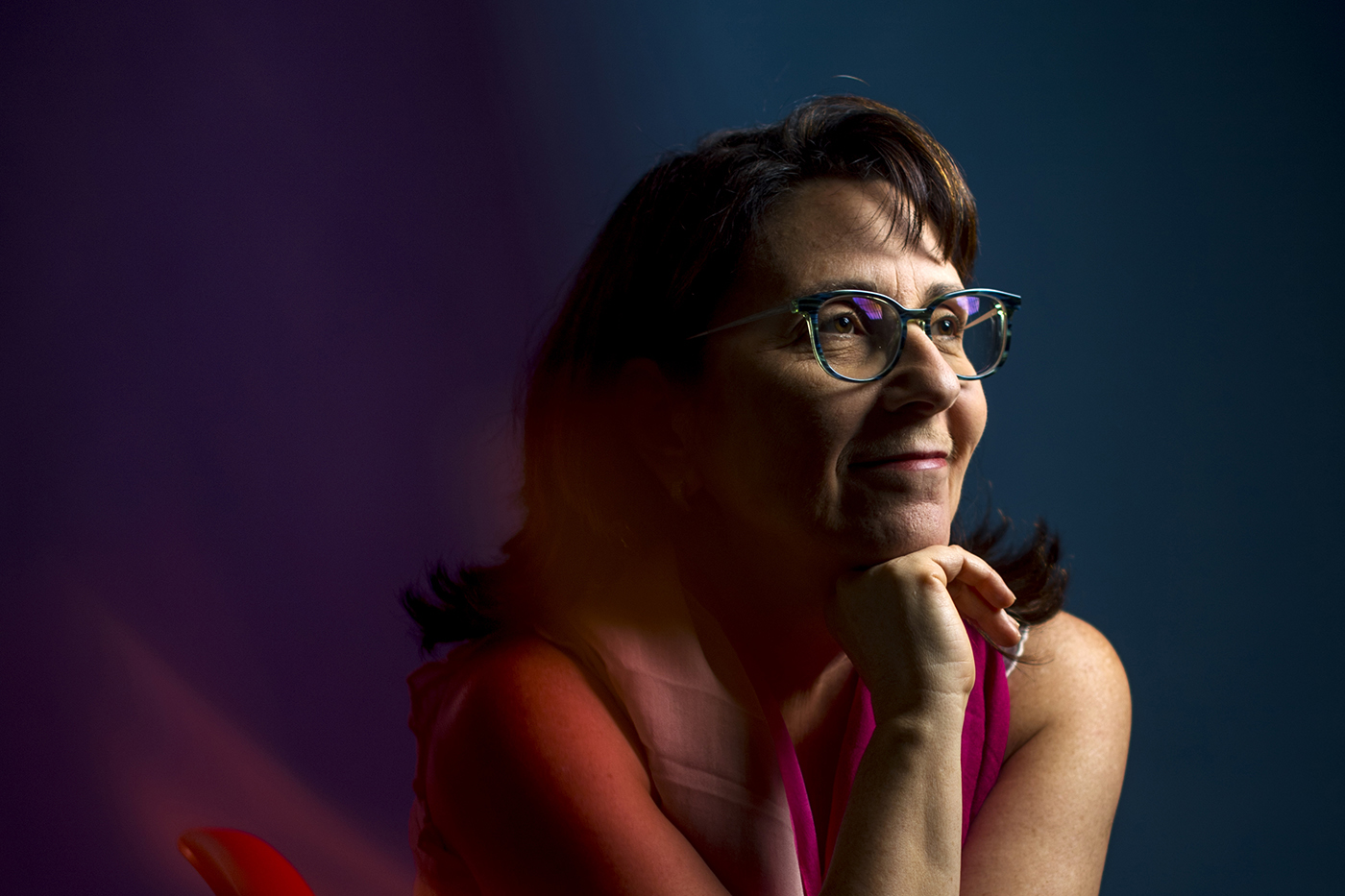 There’s a lot of misinformation floating around in popular culture about the brain, and it’s high time to set the record straight, says Lisa Feldman Barrett, a neuroscientist at Northeastern University.

“Much of what you read about the brain is riddled with myths or fiction, or simply outdated science,” says Barrett, University Distinguished Professor of Psychology at Northeastern.

She comes across it, too, often finding brain-related books that include outdated metaphors about the brain that are well-meaning but often misinterpreted, Barrett says.

So, Barrett is writing a book to correct the record. Seven Insights About the Brain will be comprised of seven short essays, each containing critical information that may not be well-known about the way we understand who we are as humans.

“You could read this book in a couple hours on the beach, or curled up with a cup of tea on a rainy day, and you’ll get deep insights about the human brain that are based on the most up-to-date understanding,” Barrett says. “These insights might lead you to reconsider the kind of creature you really are.”

One of those myths is the idea of our lizard brain—a theory of brain evolutionthat became wildly popular in the 1970s with the publication of astronomer Carl Sagan’s Pulitzer Prize-winning book The Dragons of Eden, Barrett says.

Our lizard brain, as the theory goes, is a small, primitive part of our brain that functions entirely on instinct. Through the course of evolution, that little lizard brain was enveloped in a more sophisticated but ancient cortex, the limbic system, which is the source of our emotions. Then that was enveloped in an even more sophisticated neocortex that is unique to humans. The only difference between humans and other vertebrate animals, according to this myth, is the existence of these newest layers of our brain that allowed humans to make rational, intelligent decisions.

The idea that our brains are essentially Russian dolls of diminishing complexity is a concept that’s fairly easy for us to grasp. That’s part of why this myth is so compelling, Barrett says, especially when the truth can’t be boiled down to a neat, simple idea. (This particular myth is so pervasive, in fact, that the first result in a Google search for “lizard brain” is a link to a blog post called “How To Beat Your ‘Lizard Brain.’”)

The problem with this story of brain evolution is that it’s fundamentally not true, Barrett says. Humans don’t have lizard brains and a limbic system wrapped in a more sophisticated cerebral cortex, as the story suggests. The brains of most vertebrates are made from the same types of neurons. It’s the number of neurons and their arrangement that differ from species to species.

Coincidentally, Barrett says, right around the same time that Sagan’s book was becoming popular, neuroscientists disproved the lizard brain theory. Advances in gene sequencing techniques allowed them to discover that most vertebrate brains are made of the exact same ingredients; that there weren’t “new” parts of the brain and “primitive” parts of the brain.

“Scientists have known since at least the 1970s that the idea of a lizard brain is a fiction of neuroscience,” Barrett says. “The problem here is that is takes 10, 20, sometimes 50 years before discoveries in science make it to the public.”

Narratives about how the brain works find their way into the law, into healthcare, and into education. Barrett says she’s seen enough evidence of misinformation about the brain in the public discourse “that a course correction is really needed.” Outdated or flat-out incorrect information about the brain, embedded into these systems, can have important negative effects, Barrett says.

Take, for example, child development. Some scientists believe that children who grow up in poverty don’t properly develop their prefrontal cortex, Barrett explains. The prefrontal cortex is the part of the brain that’s implicated in decision-making and self-control of behavior, among other functions.

If self-control and rationality are the characteristics that make us human, then the lizard brain story has an unfortunate subtext, according to Barrett: It “implies that somehow, if you have the misfortune of growing up in poverty, you’re more likely to succumb to your inner beast, making you prone to acting in impulsive, harmful ways,” she says. “That’s just not true. It’s not helpful, and it’s deeply disrespectful.”

For her groundbreaking work in the field of neuroscience, Barrett recently won a Guggenheim Fellowship, a prestigious award that will support her work on this book.

“I’m deeply grateful for this award; it’s a real honor,” she says. “Honors like this are never the effort of a single individual, and I’ve been fortunate to have many, many generous colleagues and mentees who’ve shared their expertise with me so I could do the kinds of research I now do.”

This story was originally published on News @ Northeastern on April 18th, 2019.