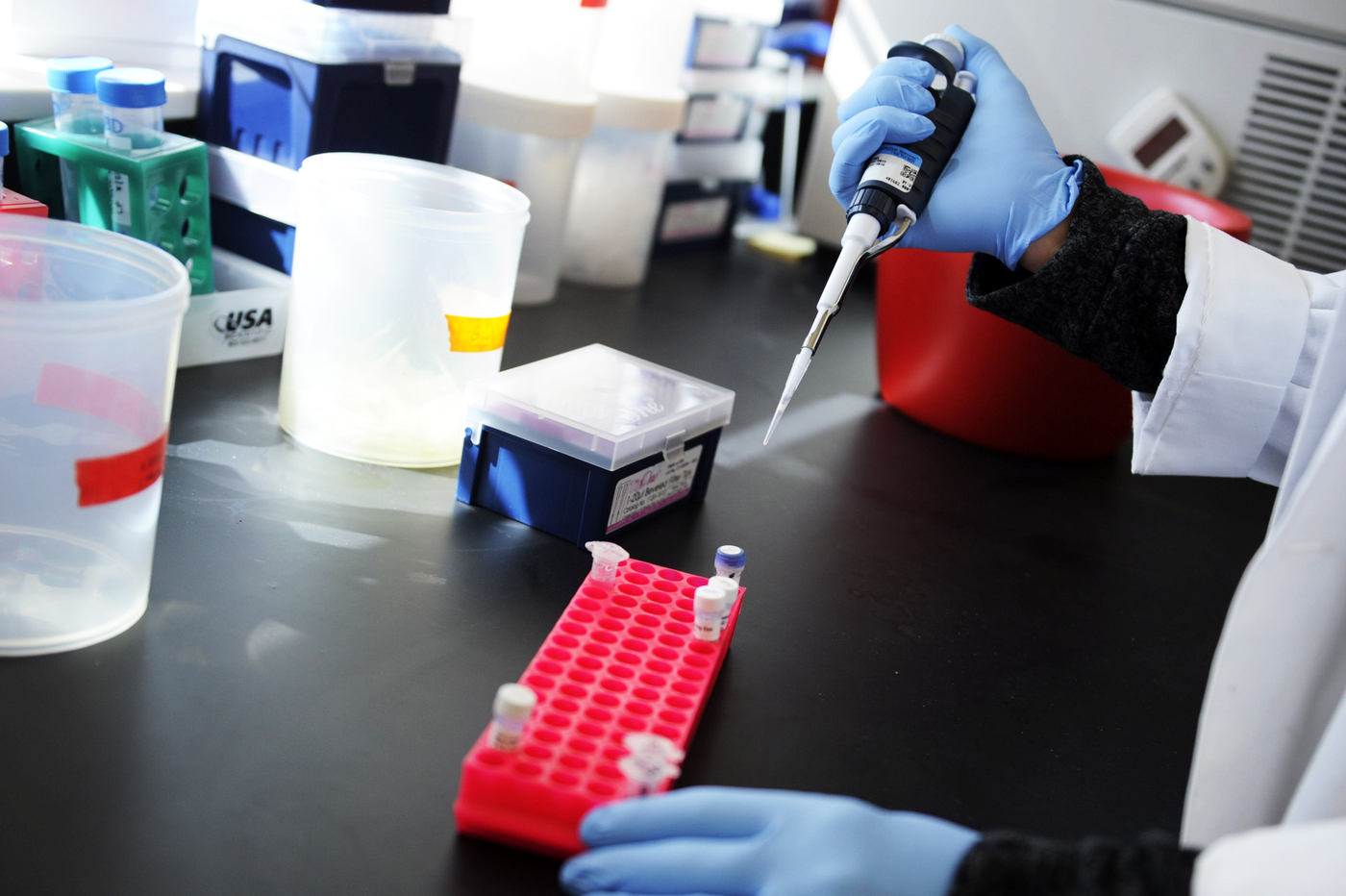 1st grader Angelina documents her rainbow experiments in her lab journal after session one of a "Sound & Light" club this spring. You can tell she already sees herself as a scientist – there she is in the picture (lower right, holding the flashlight)!

by Gwen Schanker, Journalism and Biology, 2018

Throughout the next few months, Northeastern’s campus will be flooded with students, but not all those students will be in college – at least not yet. Every Saturday morning, members of the Northeastern chapter of the Science Club For Girls (SCFG) will be mentoring young women in science, technology, math and engineering (STEM) fields.

“I love everything about this club,” said Northeastern SCFG chapter President Julia Kirslis, senior biology and math major. “We can really see a difference in these girls’ lives.”

The mission of Science Club for Girls, a nonprofit organization founded in Cambridge, Mass. in 1994, is to “foster excitement, confidence, and literacy in STEM for girls, particularly from underrepresented communities…by maximizing meaningful interactions with women mentors.”

Volunteers have been mentoring at elementary schools since the mid ‘90s, but Northeastern was the first school to form a SCFG campus chapter in 2010. Since then, as Harvard and Boston College have followed suit, the program has only continued to grow. Now, Northeastern hosts more than 100 girls every semester.

Student mentors at Northeastern work with the girls over eight weeks. This year, they will teach eight different clubs across age groups, from kindergartners to middle schoolers, who are known affectionately as “STEMinistas.” Each of the clubs will embody a different area of science.

“We do experiments with curriculum that has a common theme,” Kirslis explained. For her first mentorship, she taught a course called “body maps” with second graders.

“We dissected a cow heart,” she remembered. “Every week, we would learn something different about the body.”

Though the curriculum is designed by the organization, it is the mentors who bring it to life, and the enthusiasm of their young students that inspires them to do so. Instilling confidence in the girls, who come from all over Boston to attend the clubs, helps to counteract the challenges of a divided community, where many young girls still have the perception that they won’t be good at math or science.

“There’s a need to inspire young people in the community and to give them access to the idea of college,” said Gail Begley, teaching professor of biology and faculty advisor for the Northeastern chapter of SCFG since 2010. “Anything we can do to get young people interested in science, even if they don’t get involved in that field, is important.”

Begley, who also teaches a service-learning course in collaboration with SCFG, says the girls have a tendency to look up to their college peers in particular. “The mentors are acting as role models,” she said. “As chemists, biologists, and engineers in training, they’re showing that, ‘I’m doing this, and you can do it too.’”

The impact of the organization is clear: according to one 2012 survey, girls who have been a part of science club for more than two years are more likely to say they are good at science or would be interested in a career as a scientist or engineer. Furthermore, for nearly half of the girls surveyed, SCFG was their first introduction to STEM.

“Hundreds of girls wouldn’t have had this opportunity if our students didn’t start up and maintain this campus chapter so well,” Begley said.

Begley and Kirslis agree that one of the fundamental goals of the club is to have fun and to prove that a career in science is not only achievable; it’s also pretty exciting.

“Seeing their excitement is probably the most rewarding part,” Kirslis said. “That and knowing they’ll take these skills and have the confidence to do anything they want to – including STEM.”

Do you want to be a mentor for Northeastern’s Chapter of Science Club for Girls? Then there’s no time to waste! Attend the information session on Wednesday, September 7 from 8-9pm in 344 Curry, and apply here to become a mentor by Friday, September 9.

Prospective mentors will be interviewed on campus from September 12-14. There will be an all-day mandatory training on Sunday, September 18 at Simmons College, as well as training for Northeastern mentors from 8-9pm on Monday, September 19 before clubs start on September 24.